Employees SKFU in Texas at the conference NI Week 2013 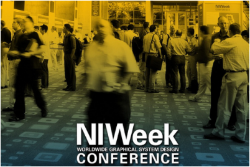 Delegation of the Institute of electric power, electronics and nanotechnology SKFU returned from America, where she took part in the annual National Instruments NI Week conference. It took place in Austin, Texas. The conference is an excellent platform for interaction between thousands of scientists and engineers from all over the world. Traditionally, representatives of large corporations (IBM, Boeing, Intel, Xilinx, etc.), institutes and research centers (CERN, MIT, NASA, Berkeley, University of Texas, etc.) take part in it. For four days, participants were offered a rich program consisting of hundreds of technical summits, workshops, master classes, exhibitions, presentations of new products, discussion of the development and effective application of NI technologies for engineering, science and education.

The current NI Week 2013 conference was a record for the number of participants, gathering more than 3500 visitors and occupying three floors of the Austin convention center. It presented the development and projects from various fields: computer vision systems, robotics, RF systems, power engineering, structural monitoring, automated testing systems, embedded systems, mechanical engineering, software development, aeronautics and many others. One of the main topics of the conference this year was the use of National Instruments technologies in science and education, to which the academic forum is dedicated and the presentation of the new educational platform based on NI MyRIO FPGA is timed. During the conference, the competition was traditionally held “Graphical System Design Achievement Awards”, during which the best projects made using the NI LabVIEW graphical development environment were identified.

We hope that more of our colleagues and friends will be able to attend the conference in 2014, and get unforgettable impressions from both the conference and the city of Austin, the motto of which is the phrase "Keep Austin wired" (keep Austin strange).